The USGBC has approved an update to the LEED 2009 framework regarding Minimum Energy Performance. The baseline for Energy & Atmosphere Prerequisite 2 (EAp2) has been raised. Project teams must now achieve a minimum energy performance threshold equivalent to 18% reduction as compared to ASHRAE Standard 90.1-2007. This is a 4% increase in the threshold for LEED prerequisite compliance and will undoubtedly have an effect on initial project team thinking and subsequent designs. This update will go into effect on April 8th, 2016 and will only affect LEED 2009 projects registered between April 8th, 2016 and October 31st, 2016 (last day for LEED 2009 registration). Click here for a summary of LEED 2009 Energy Performance changes and updates.

This update comes at a time when the transition to LEED v4 is pending and the marketplace is still grappling with the implications of a more stringent version of LEED. This update to the 2009 framework is most likely a way for the USGBC to ease the transition into the v4 framework and subsequent energy requirements, while still allowing project to register under LEED 2009 during the prolonged roll-out of v4. Stay tuned for more information on LEED v4 and the implications of the impending transition! 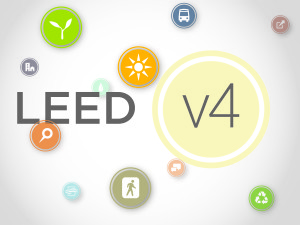